Proactive – or Pointless? Why Not Every Meeting Matters 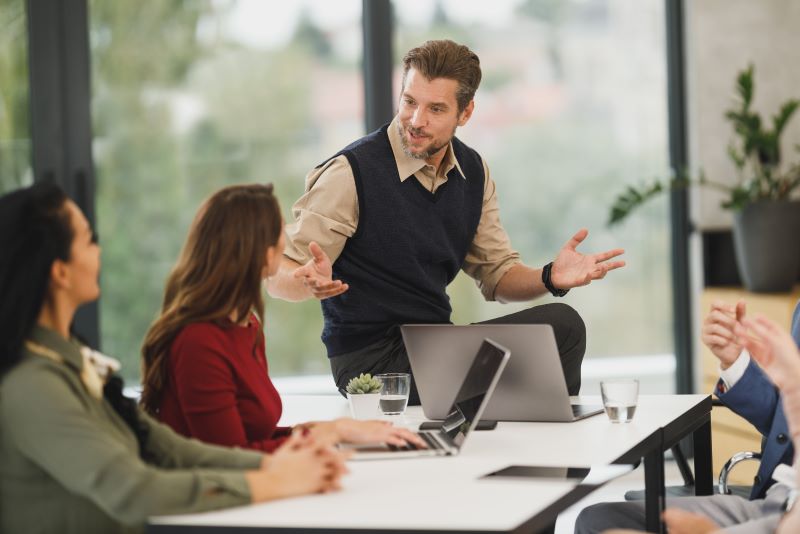 Bombarded with back-to-backs? Manically trying to make meeting after meeting?

Because it may just be that you don’t need to manage quite so many meetings after all. Yeah right? Read on, unbelievers. We’re here to point out that not only is it possible to push back rather than be pulled in to yet another committee, working group or discussion, it’s also preferable.

It’s no surprise that multiple meeting madness is a significant issue in the modern workplace. Our research shows that for our clients, the biggest bane of their working lives is meetings, We’ve worked with executives who spend up to 40 hours a week in meetings. And if that’s how they’re spending the majority of their time, how are they able to perform the other important aspects of their roles? The short answer, of course, is that they can’t.

Interestingly, the mindset of calling a meeting at the first opportunity is particularly prevalent in our working culture. We’ve created a real cultural expectation of multiple meetings or consensus by committee, people have become accustomed to this work environment and consequently believe that it’s normal practice to spend their day racing from one meeting to another.

But pull up, people, because when you think about it, normal it’s not. And it’s certainly not productive. So we’ve put together a couple of pointers to help you ease up on all the engagements:

This is not as nihilistic as it sounds. Rather, it’s about assessing the value of each appointment. Look at the number of meetings you attend per week. How many of them are focused on the strategic part of your role? We typically discover that fewer than 50 percent of executives’ meetings are future-focused or strategic. They are reactive – attendees are reviewing something that’s already happened. So why not do this with a report that can be read before the meeting?

The focus of a meeting should instead be on how to move the business – or more specifically, a project – forward. The golden rule is 75:25: no more than twenty-five percent of the meeting should be spent on a review. The rest of the time should be spent on how people are going to achieve what needs to be done. So, before you even say the words ‘Let’s have a meeting’, stop and ask why. How much value is this meeting going to add to my role, to the roles of other —-people, or to the business?”

Forget about FOMO (Fear Of Missing Out). Once you’ve determined that a meeting is indeed necessary, the next step is to get to grips with the guest list. Amazon CEO Jeff Bezos employs the “two pizza rule” to cut down on meeting chaos: his reasoning is that two pizzas should be enough to feed the entire group in attendance. If two pizzas aren’t enough, there are too many people, and the meeting will probably not be productive.

Here´s another salient point: “As a manager, remember that every time you pull someone into a meeting, you’re stopping them from doing their work.” Don’t automatically invite the whole team to attend a meeting, is our advice. All that’s required is one person who can effectively communicate what was discussed. And don’t forget that technology also enables us to disseminate information quickly and effectively. Use it.

Finally, consider this: “If you could halve the number of meetings you attend every week, what difference would that make to all you need to achieve? What impact would it have on your work/life balance and, ultimately, your wellbeing?”

Mull it over. You might not make that next meeting after all.